In 1957, an obscure gallery on La Cienega held the first solo exhibition for a risky artist whose ambition was to make social critiques on pop culture and mass media. The Ferrus gallery sold 5 pieces for $100 each. The Ferrus gallary has since closed, but the famous Campbell’s soup cans and Kellog’s corn flake boxes live on. 49 years later, the MOCA will be showing the same 30 paintings that made their debut at the Ferrus gallery, but what a difference 49 years will make.

It is undisputed that Andy Warhol is an icon to post-modernist painting, but for those of us who did not get an MFA from OTIS or Yale, what exactly did Andy Warhol mean to the fine art movement in the 60s? Up until the point when Warhol exploded onto the art scene, many artsits painted using abstract shapes, such as cones, cubes, triangles and circles. 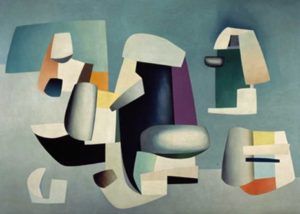 This esoteric art style left a large part of the population feeling cut out of the art world since the art itself was unapproachable and difficult to decode. When Warhol began manufacturing pop culture icons – Marilyn Monroe, soup cans and cereal boxes- the items he used were approachable, everyday items, but Warhol’s intent was to critique mass manufacturing. His vision was to change what American consumers saw as visual communication and how it fit into our idea of “art.” He challenged the established ideals and criteria of ‘high art.’ He attempted, and succeeded, in redefining how art is consumed by pop culture and mass media. Whether or not the greater public understood the intent behind the art pieces themselves, they certainly identified with the work and the pop art movement exploded.

The MOCA will be showing the 30 pieces that began this movement starting July 9th and going through September 7th. It is worth a trip downtown to see these iconic pieces of history. For information about the show, visit the moca’s website, www.moca.org. This is an event that comes once in a lifetime. We hope to see you there.

All About ISEE Accommodations

Davidson Tutoring uses cookies and third party services to ensure the best experience on our website. By continuing to browse our site, you accept our use of cookies. Learn More Accept